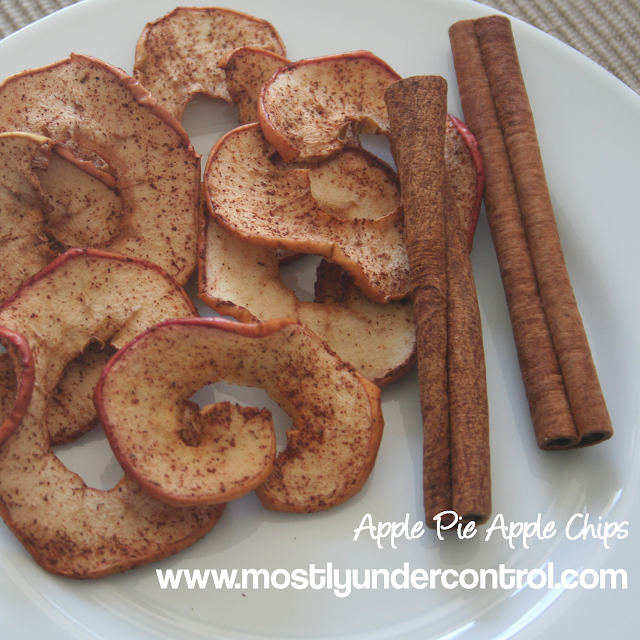 While everyone else goes crazy for pumpkin flavored stuff in the fall, I am all about apple. (Exhibit A – Apple Cider Donut Muffins last fall).

Dylan is obsessed with apples. Like, really obsessed. He refuses to let me cut his apples down to slices though, so when he eats them, he eats them whole. Sometimes we bag it up and he eats the rest for snack later. But I wanted to try to get him to eat it in slices somehow.

I have been thinking about getting a food dehydrator because my sister made me some strawberries once and they were FAB! They tasted like candy. But I looked around and tried to find a way to do it in my oven, first, to experiment with different fruits and veggies.

My father in law got me an attachment to my stand mixer that cores, peels and spirals. I busted it out to spiralize the apples (I kept the peel on). This thing is AMAZING! And so easy to use. When I took it out I was terrified of it. My heart was beating so hard because I felt like it was way too easy and something was bound to go terrible wrong – ha! (oh, I used Gala apples). 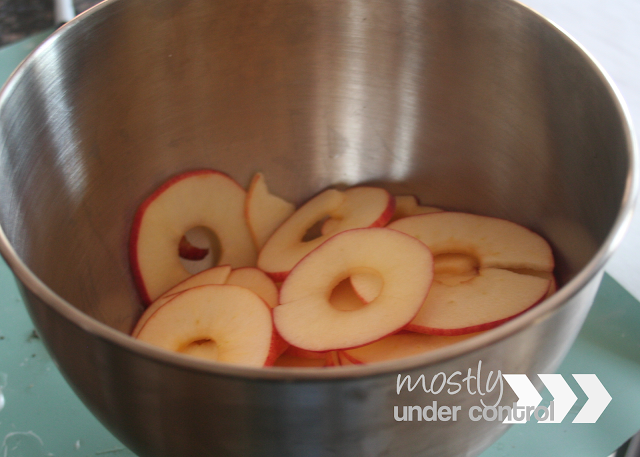 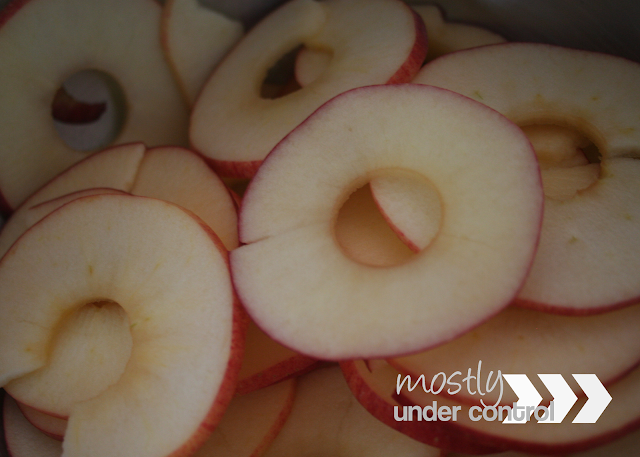 This is how easy this is – after slicing them, I coated them in apple pie spice (it’s already mixed and found in the spice aisle. It’s cinnamon, all spice and nutmeg) and stirred them around. Make sure you separate the slices or they’re not going to be coated all the way.

Then you space them out onto a cookie sheet lined with parchment paper. 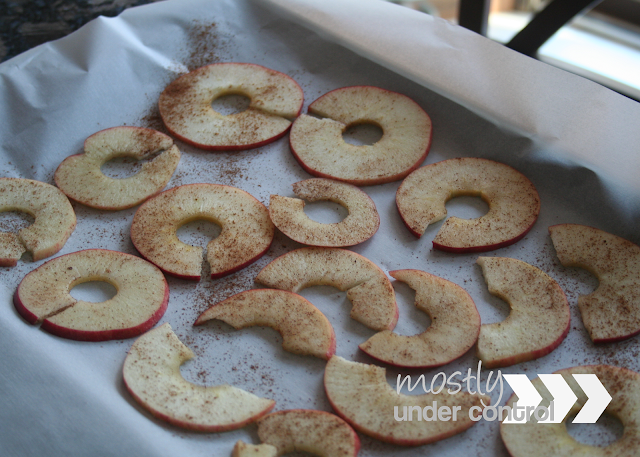 And you bake them at 250 degrees for 45 minutes, flip them over, and bake them for 45 more minutes. 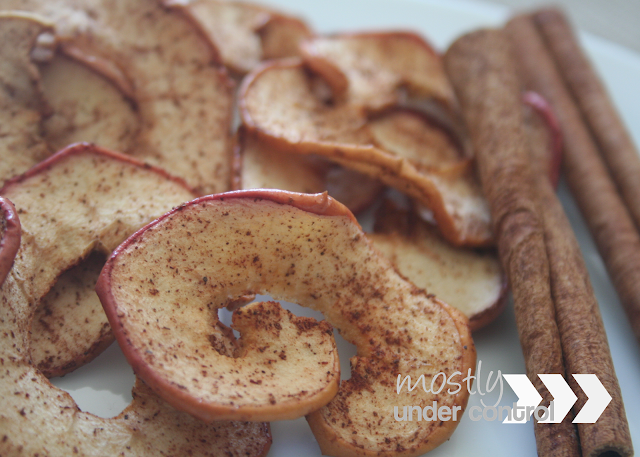 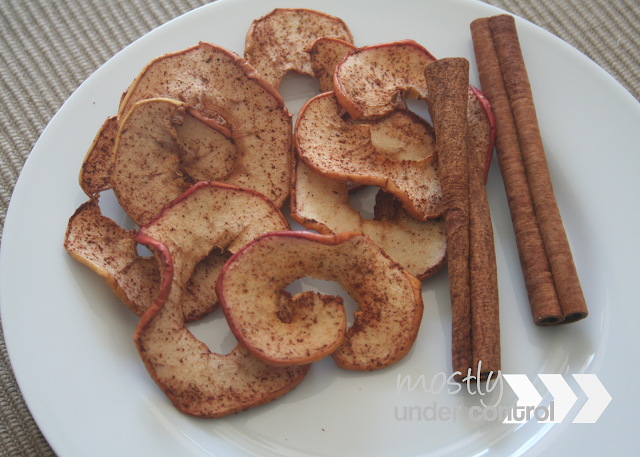 These are crazy delicious. We’ve been through almost 2 bags of apple chips in our house. We just can’t get enough of them! They are so crispy. Who says it has to be Fall to enjoy apple flavored stuff?!