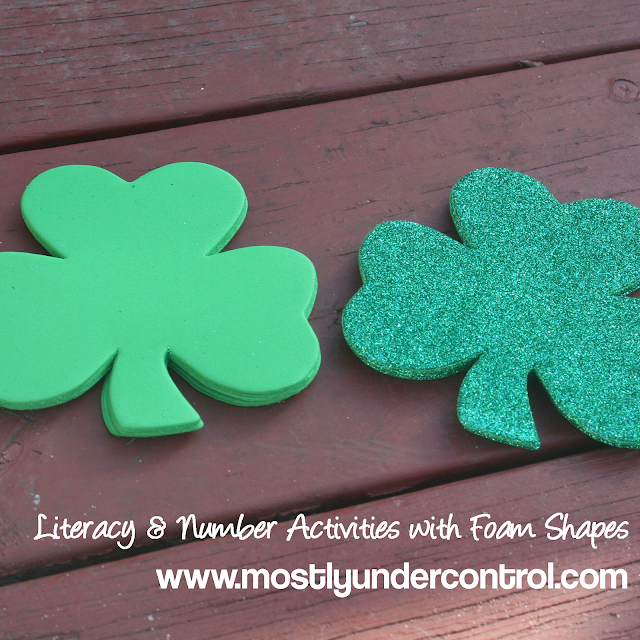 Well, kind of. If you live in the midwest, you probably were not surprised at the 60 degree days we have been enjoying lately. In February. Personally, I don’t care – I’ll take it. I absolutely despise cold weather. So I don’t ask questions. I do, however, take it upon myself to stop wearing my coat as soon as one of these days comes about. So, bye bye winter coat! Until next time….

Anyway, last Saturday we spent most of the day outside on the deck. Even Reagan joined us strapped into her high chair. She enjoyed it for maybe 10 minutes and then decided she was done being cooperative. 😉

Earlier in the day, Reagan and I had a girls brunch with some old high school friends. They were coming in from the city and hit traffic so they texted me to let me know they would be late. Right as I got the text, I drove past a Dollar Tree. Coincidence? I think not! I had about 20 minutes to kill so we went in.

I knew that I had wanted to do a St. Patrick’s Day activity for the blog, so I grabbed these. They were – yep, you guessed it – $1 for a pack of 12. Inside the pack were 6 glittered (on one side) and 6 non-glittered. 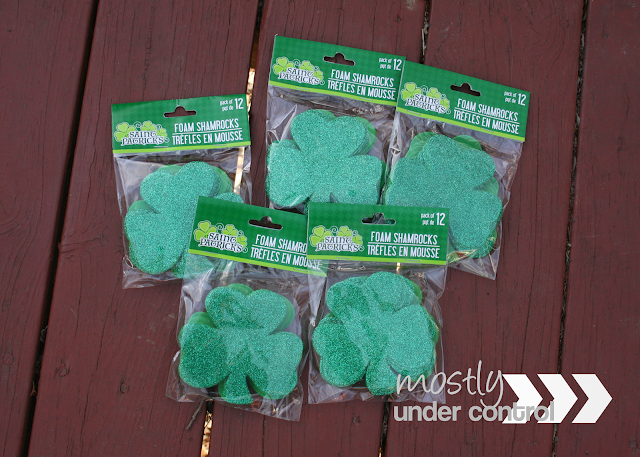 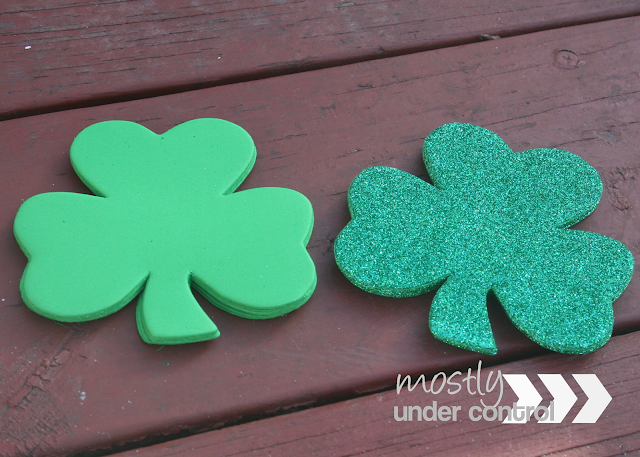 A few days later, we played some games with them. Here are a few options….

The first round we played “Find my partner.” I took 6 glittered clovers and placed them on one side and their 6 matches and placed them on the other side – all face up. We would pick one of the upper case letters and then go find its lower case partner. Easy peasy. 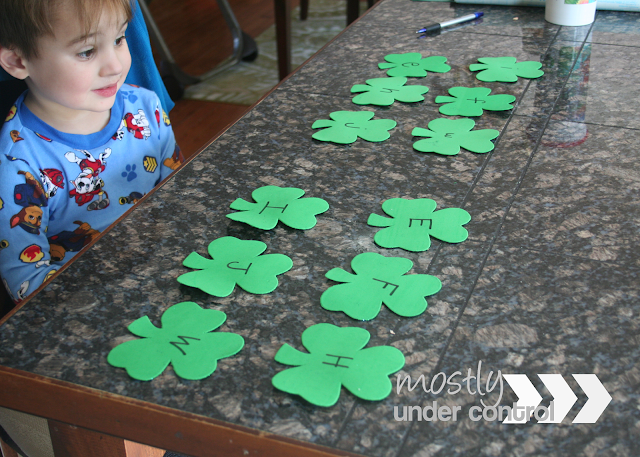 Next round we did sort of the same set up, but flipped them over so you couldn’t see the letters. So it sort of turned into a memory game. 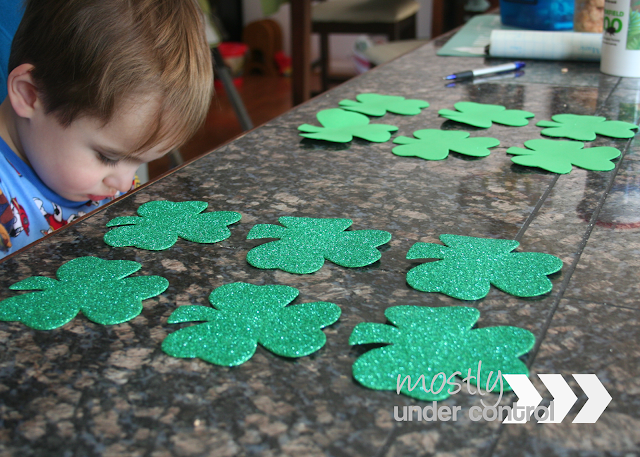 You could do one in between these skill levels and have only 1 group of letters be face up and the other group be face down.

We also talked about each letter as we pulled it – what sound it makes, a word that starts with that letter, a name of someone in our family, etc.  The teacher in me really came out this afternoon!

I had a few left over so I used them for numbers and working with 1 to 1 correspondence. I wrote numbers 1-4 on one set and dots on the other set. We didn’t get to these, but we will. 🙂 1 to 1 correspondence doesn’t come for a while, so I’m not worried about it!