This alphabet activity is a great way to get exposure to the alphabet during block play. Do you have a kiddo who loves blocks? He/she loves blocks so much that you just can’t get them interested in anything else? Here is a way to incorporate their love of blocks and stacking with learning the alphabet. 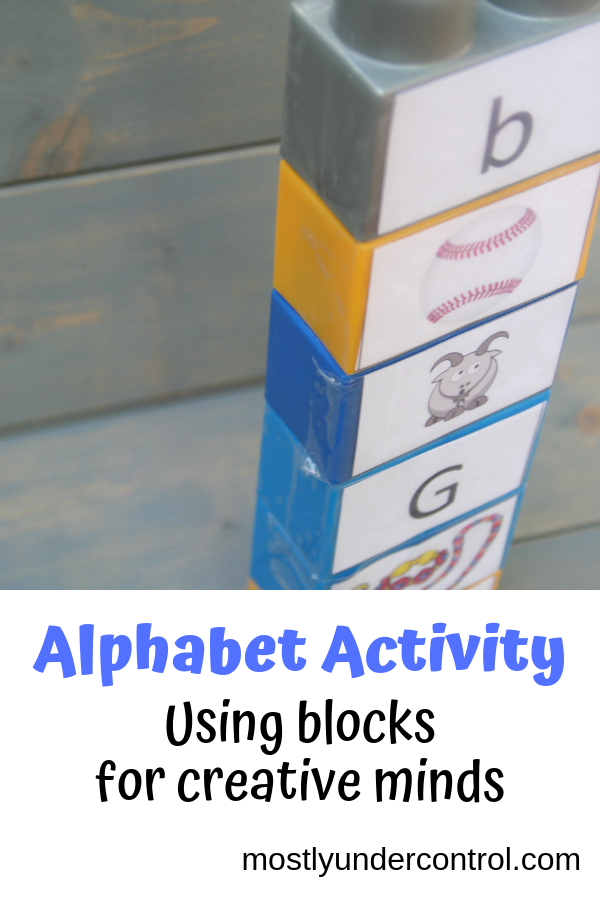 This post has been updated from September 2, 2016.
This post contains affiliate links – this means if you click on the link and purchase a product, I will receive a small kick back at no extra charge to you.

Sometimes you have a kiddo who really enjoys playing with one thing. This may make you feel like you can’t work on any skills besides that one thing. We need to get creative!

As a parent, you may not have time for that – ha! And I totally get it. So I’m here to get creative for you with a great alphabet activity for kiddos who love blocks.

Dylan has been having a blast with his big Duplo blocks. He grabs the big bucket and drags them into my craft room and goes to town. He builds trains, spiders, buildings, cars, “shooters,” airplanes…you name it, he’s built it. He even uses the bucket as part of his play. It’s usually a body of water – ocean, lake, river, whatever. 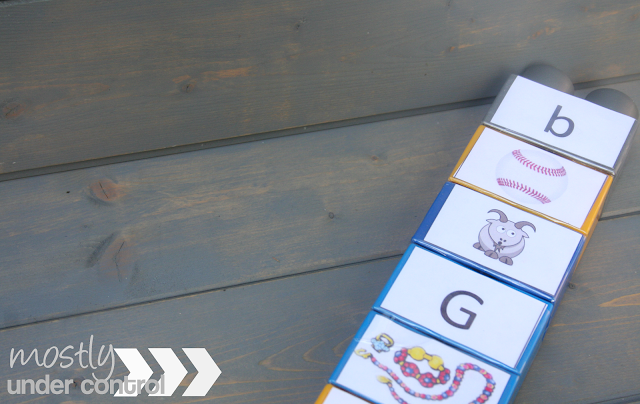 I have been wanting to get him exposed to the alphabet as he starts preschool in a few weeks (right after Labor Day) but he has no desire. So I thought back to my preschool days. When lesson planning, I always catered to the boys because they were more stubborn. I would be more likely to see boys doing a “girl activity” than girls doing a “boy activity.” So I used the blocks to my advantage a lot.

Sensory activities can be enhanced to work on any skill!

It’s important to take kids’ favorite toys and incorporate other skills into them. This is also why I did so much sensory when I taught. Most of the students I came across really enjoyed sensory play. I learned that they would pretty much do anything, as long as I added it to the sensory table. So, if we were working on colors, I would add different colored items to the sensory table and we would work on sorting. If we were working on numbers, I could add number cards to the sensory table with small objects so they could count and work on one-to-one correspondence. You can adjust your targeted skill to their interests.

Find out why I think flashcards are a waste of time! 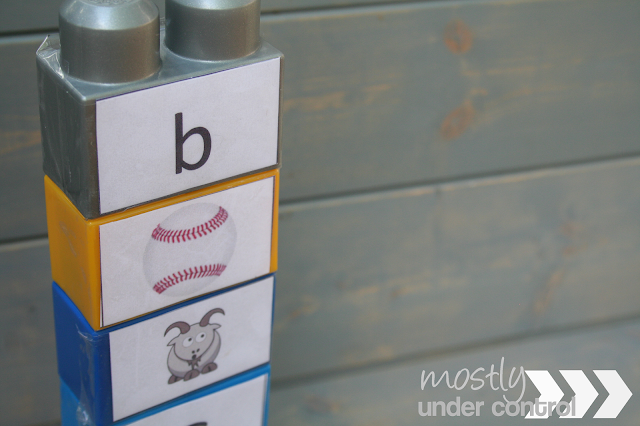 I took out his Duplo blocks, measured them and then created rectangles for the 2 part blocks. I printed this out and cut them up and taped them to the front of each block (I didn’t have a lot so I used both sides of the blocks for the letters – uppercase on one side and lowercase on the other side). 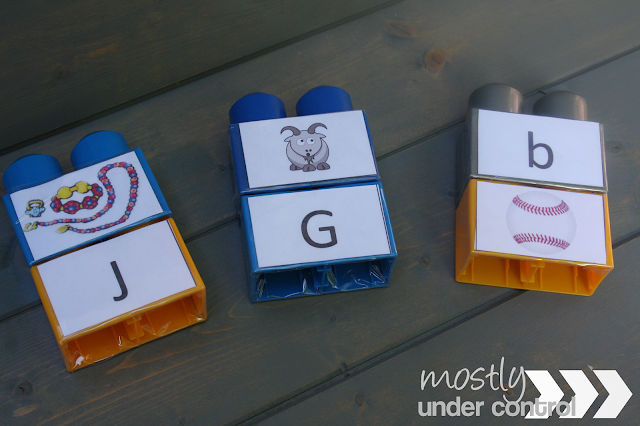 At first, I’m not gonna lie, he ripped them off and told me he didn’t want them on his blocks. So, obviously not on my side. But I put them back on and he was playing with them. He wouldn’t stack them according to their letter and picture (which is fine because my intention was just to get him exposed to the letters), but I did catch him repeating the letters as he picked them up or saying the picture.

In my book, that’s a success.

You could really do anything on these. Animals, people…tailor it to their age group and interest.

You can download the letter version here for your own use.

Looking for more activities that help with letters? Check out this simple DIY Letter Flip Book!