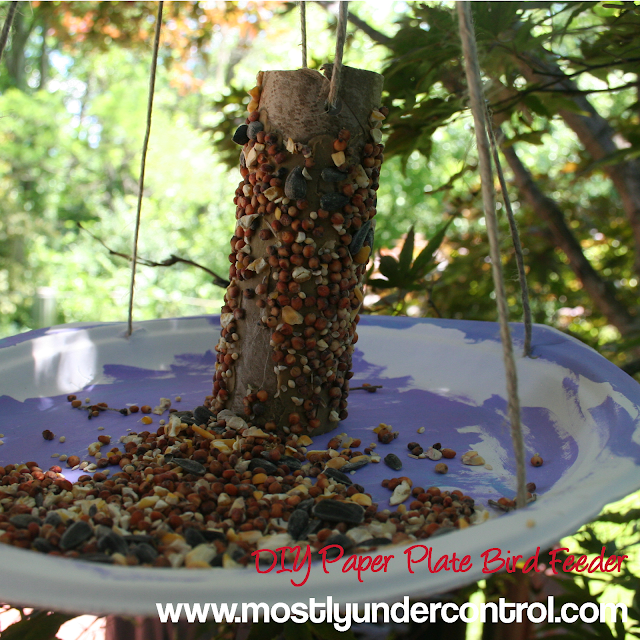 We have tons of critters in our backyard. Mice (shudder), chipmunks, raccoons, squirrels….and birds. OHMYGOD the birds. They are everywhere and they are always in the back. I can hear them and see them. So, in hindsight, this is probably not the best idea. But they don’t bother me. We like watching them.

I wanted to include Dylan in this because if I don’t, he comes running in halfway through and demands that he be included and he can’t believe I would do something without him! True story.

I found a 3 pound bag of bird seed at Dollar General for $2. They had bigger bags too but I knew I didn’t need that much.

The paper plate, paint, toilet paper roll and hemp cord were already in my house. So that was no problem!

I started with asking Dylan to pick 2 colors to paint the plate. He chose purple (it’s always purple) and blue. But a light purple and light blue. 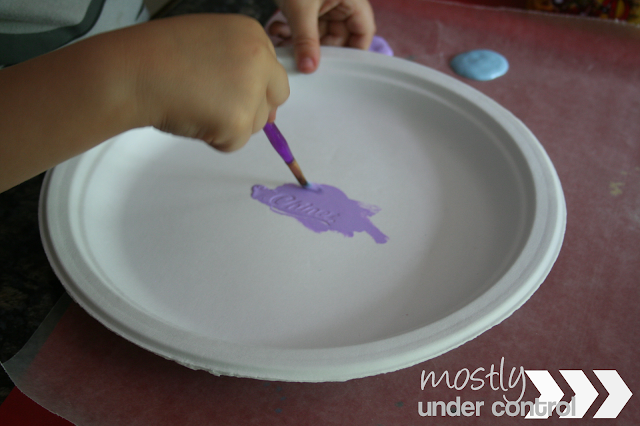 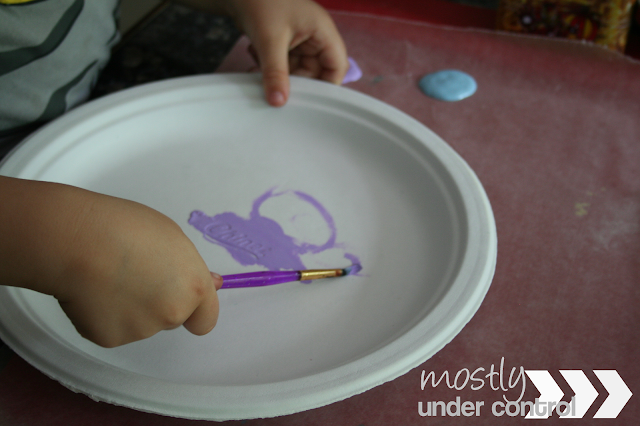 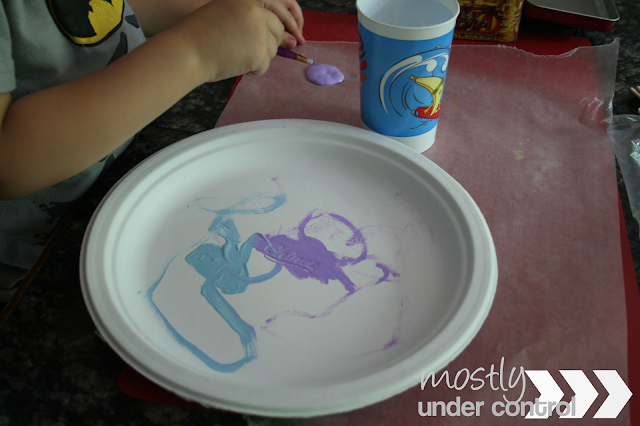 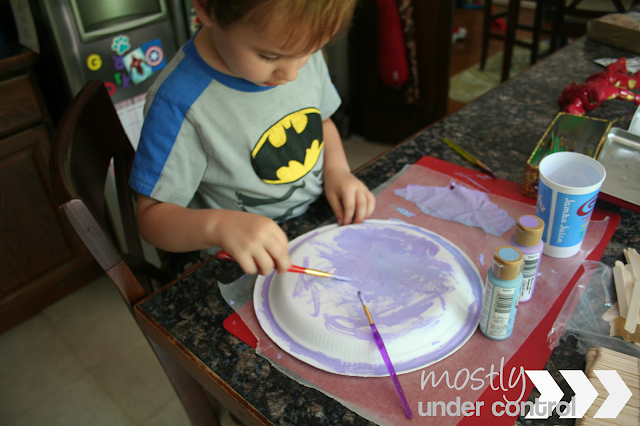 The painting actually brought on a lot of conversation. He told me the paint was smooth and we talked about how mixing the 2 colors kind of looked gray. All brought on by him. He’s definitely my kid.

I let him paint the top and bottom of the plate. To be quite honest, I wasn’t really sure what I was going to do after and how I was going to put this thing together. So while he painted, I brainstormed.

After the plate dried (we let it sit outside so it would dry faster), I took a pair of scissors and poked 4 holes around the plate.

Then I took the hemp and threaded it through the hole from the front so that it was supporting it
under. I used 2 different pieces so they crossed over on the bottom and tied up at the top. 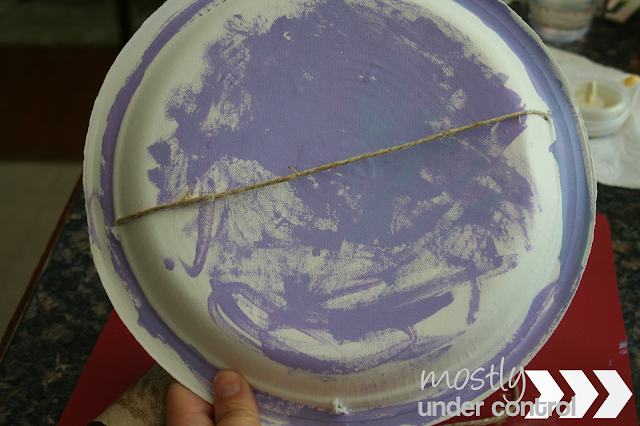 Smear peanut butter all over the toilet paper roll. 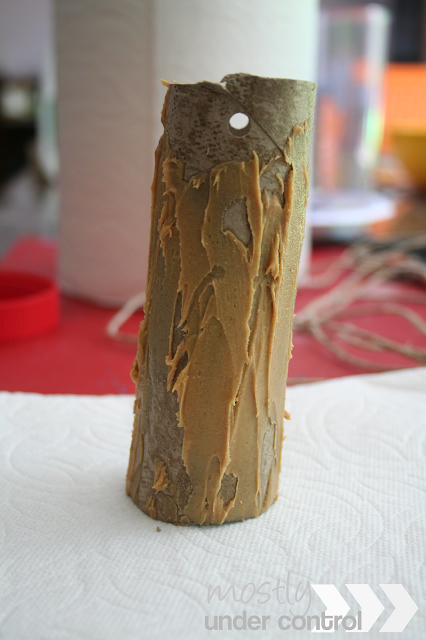 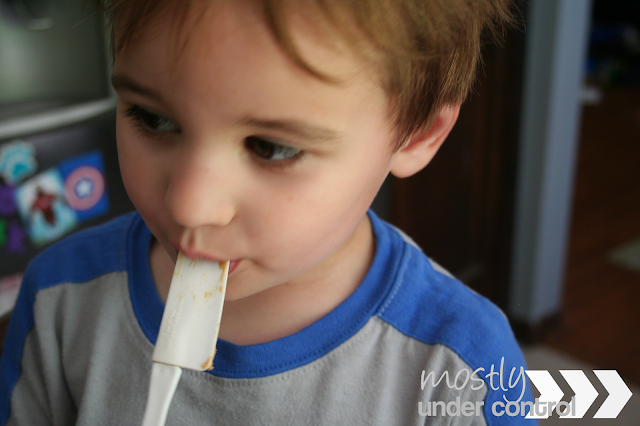 Sprinkle some bird seed out onto a paper towel and roll the peanut butter covered toilet paper roll in the bird seed. 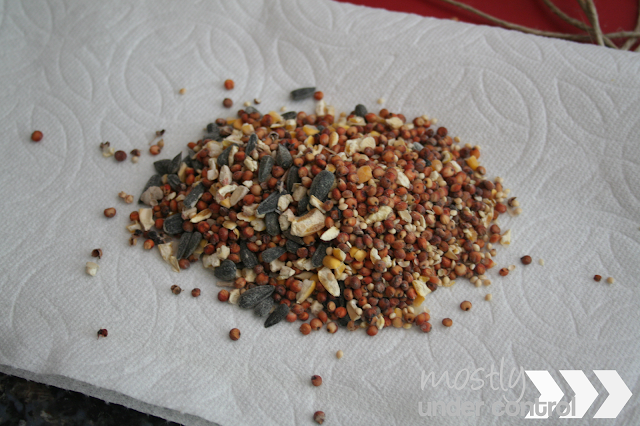 Re-string the roll and tie it up at the top so it sits nicely on the plate (full disclosure, mine was too short so I hung them on different branches which ended up being perfect.) 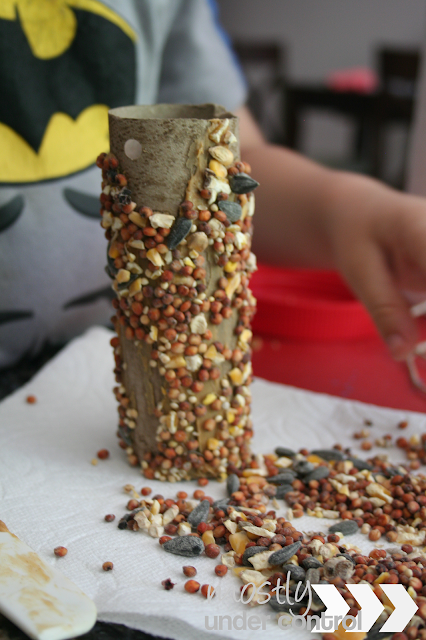 Now we sit back and watch the birds fly in for a snack! 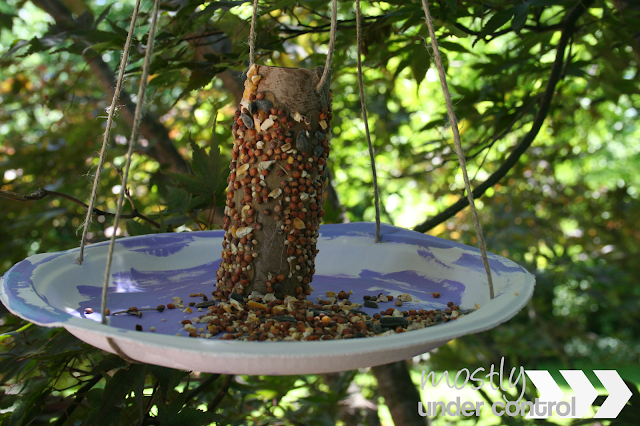 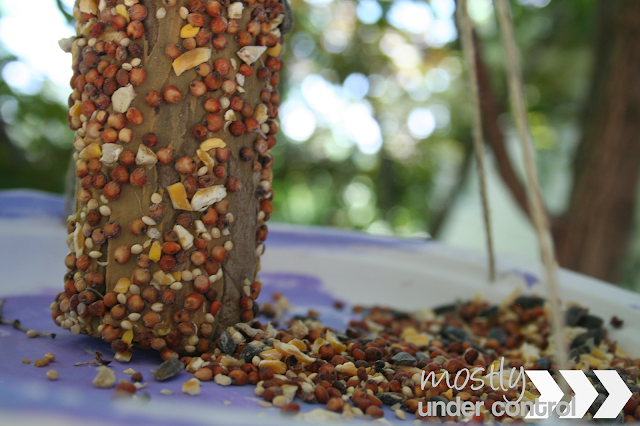