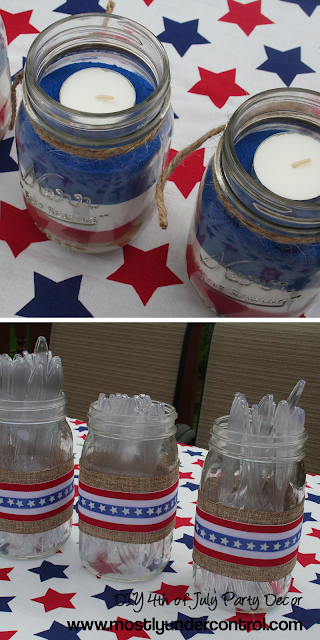 Before I get into this one, I have to confess.

These decorations were not used for a 4th of July party. They were for our Memorial Day party. Almost the same concept, right? I mean, it’s not, but the color scheme is the same.

Anyway, they were super easy and pretty cheap.

The smaller mason jars I had on hand from freecycle (if you’re not on freecycle, you should be) and the larger ones I bought (Ball jars) from Wal-Mart for less than $1 a piece. I think it was $10 for a box of 12.

For the sand layered candles, I just bought 3 containers of sand at Hobby Lobby and layered them in the jars. Also, a tip about buying colored sand from Hobby Lobby – I am not sure if craft sand ever goes on sale, but the wedding sand does and it is exactly the same thing, but cheaper if it’s on sale. So if it’s wedding sale week, check out the wedding aisle first. This also goes the same for other wedding stuff – ribbon, tulle, organza bags, table runners, etc. Always check the wedding aisle first. You’re welcome. 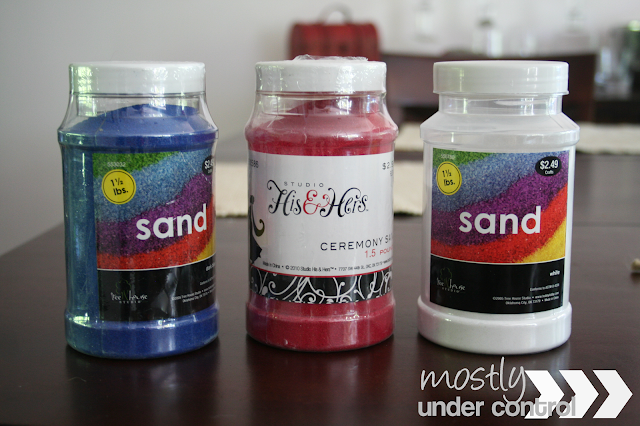 The candles were bought from Wal-Mart – also super cheap; and the hemp cord was brought up from my basement. Like most of my craft items. It is a mini Hobby Lobby down there, I kid you not.

When you layer your sand, be careful not to let it brush up against the side. It will stick. Then you’ll have to brush it down with a paint brush or pastry brush. I didn’t brush mine down because I didn’t realize it rubbed on the side until after I added the white. And I used all my sand. So once you start this, you can’t start over. 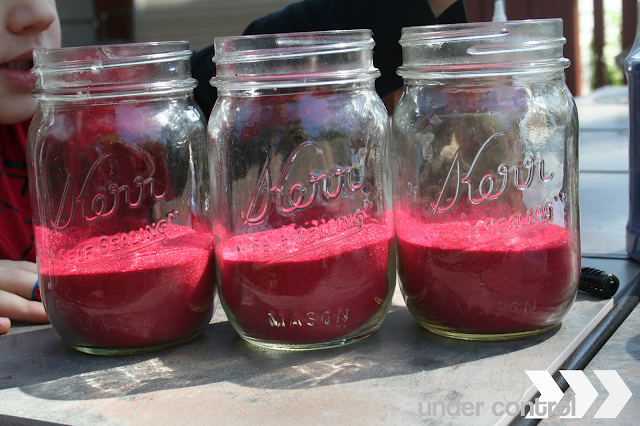 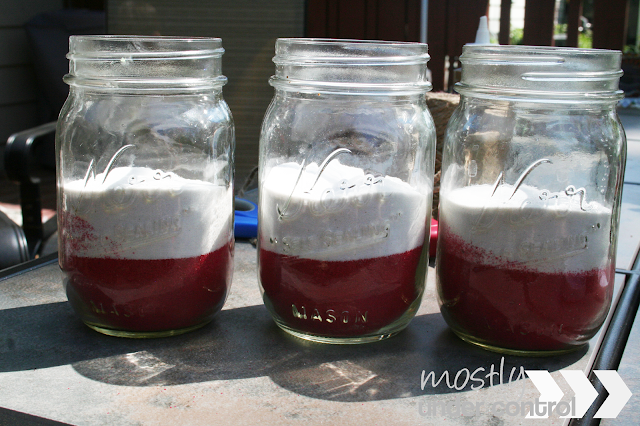 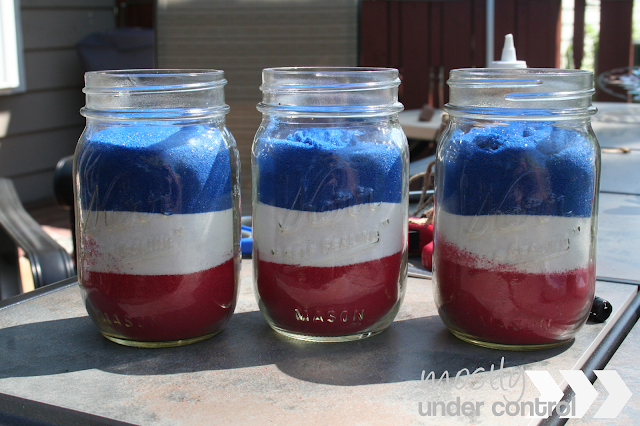 Then I just plopped the tea light candles in and tied the hemp cord on. Storing these bad boys until next year’s party is going to be a pain because you really can’t shake them up. Right now they’re just sitting in a spare room in the basement. 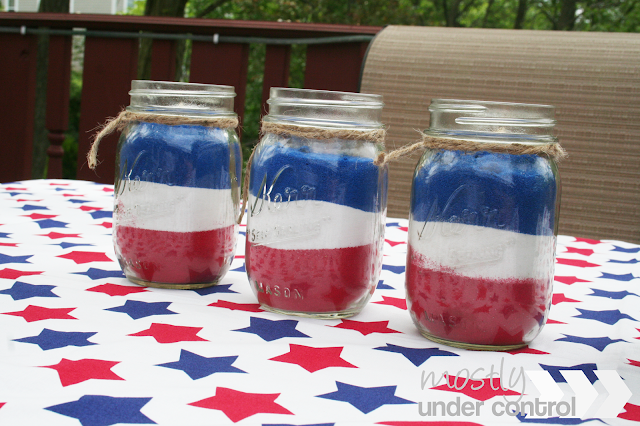 For the utensil jars, I found some ribbon at Wal-Mart (their craft section is awesome) and just hot glued each layer to the next. So simple! 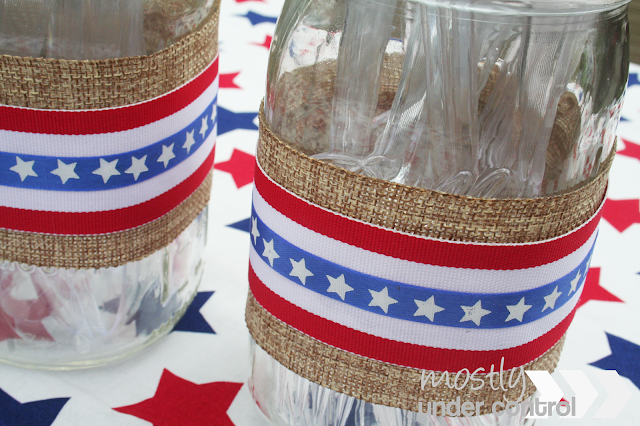 I plan on reusing these every year for our Memorial Day party. The table cloth was just 2 yards of fabric (from Wal-Mart!) that my talented mommy added more fabric to and give it some extra length.