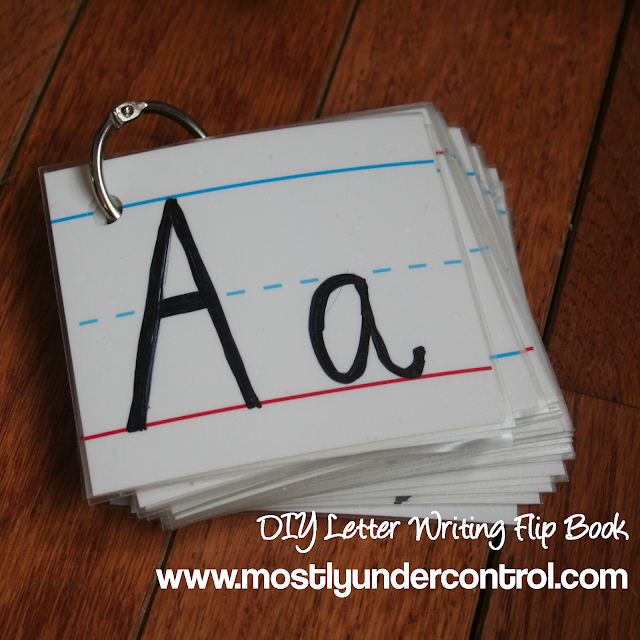 My little Dylan started school last month. It’s at a high school so he’s “taught” by like 50 high schoolers throughout 3 class periods. I didn’t realize that at first so when I would ask him what his teachers’ names were, he always responded with “I don’t know.” Because he has 50 of them!

Anyway, he is really, really enjoying it. I asked his teacher after his first week how things were going and she told me “he is very friendly and likes to tell the teachers he likes and loves them.”

He is definitely a little lover.

Before school started, I tried to get him to write letters. He refused. It was like pulling teeth. He could draw pictures and coloring in coloring books until the cows come home. But he just gets so frustrated when I ask him to write his letters. So I thought I would make an activity for him where he traced letters. BINGO! Teacher mom win.

I bought a pack of sentence strips, dry erase markers & contact paper – all from The Dollar Tree. I had picked up some binder rings from Hobby Lobby.

I cut down the sentence strips to 2.5 inches long. I took a permanent marker and wrote all the letters of the alphabet (upper case and lower case) on each 2.5 inch section. I had to thicken the letters a little so he could write on them better.

I covered the front and backs of each letter card with contact paper and punched holes in them to use the binder rings to keep them together.

He loved this! He could not get enough of it. Then I was able to sneak in some more educational games by asking him the sounds of the letters, asking him to tell me some words that begin with those sounds. It was really fun. #nerdalert 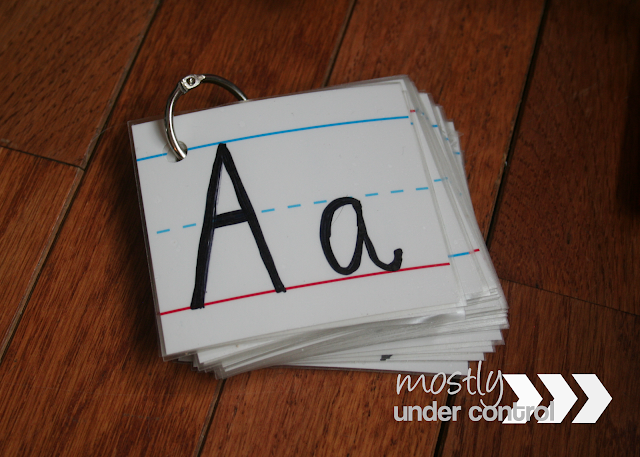 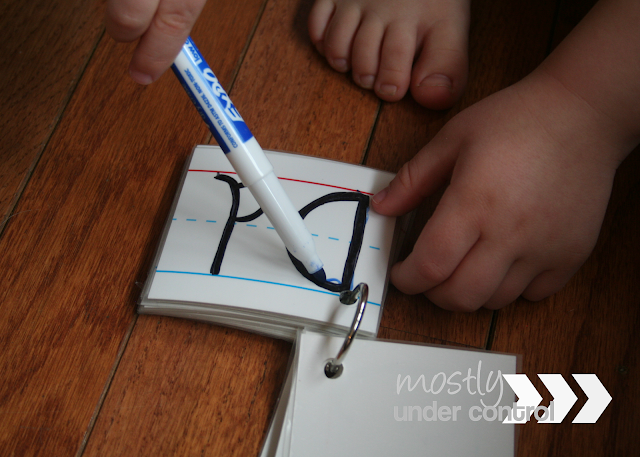 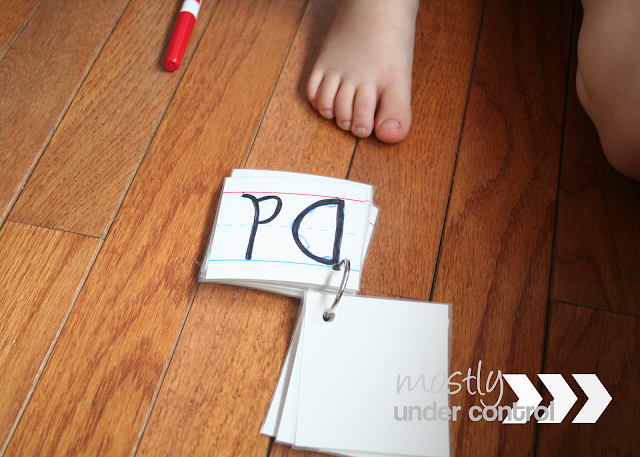 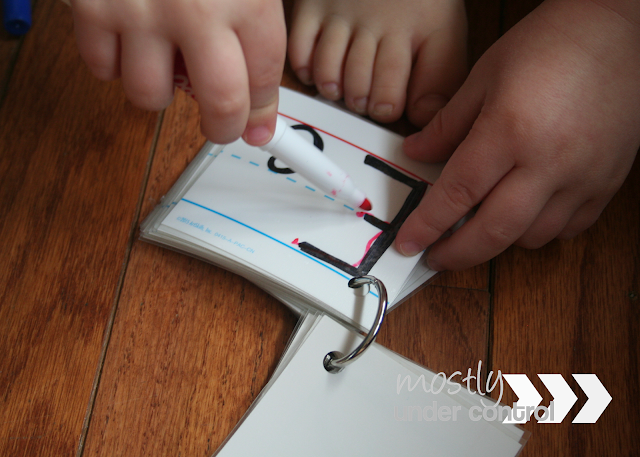 ….Aaaaand because he’s a boy and everything is large motor, it is absolutely necessary that feet be that close to your writing.