Well readers – I decided to hand over the blog for today for a guest blogger. And who better to be my first than my biggest supporter – My hubby! Enjoy 🙂 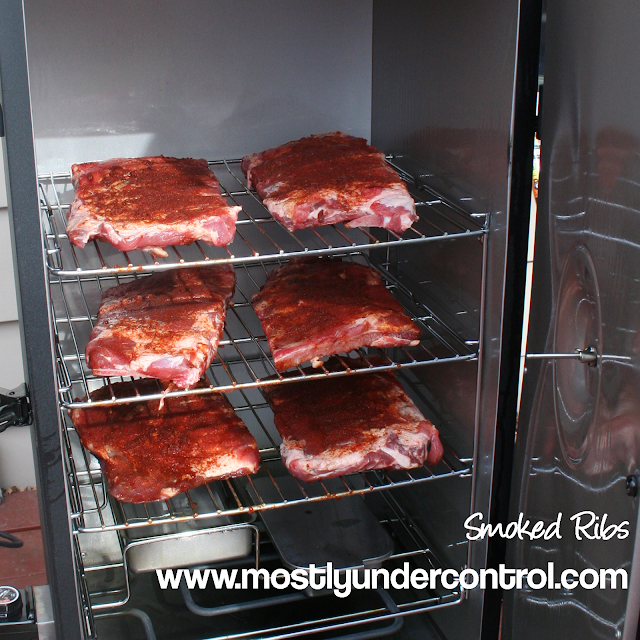 This past Christmas I received a smoker from my brother & sister-in-law. After waiting to get through getting the house ready for the baptism (and that hospital detour) I finally put it together. We had some spare ribs from Costco and decided the Super Bowl was the perfect excuse to fire it up.
On Saturday I got it outside to season it. I sprayed the insides with some cooking spray and ran the smoker at 225 for a few hours. I put in some hickory wood chips for the last 45 minutes. While that was going on and Reagan was napping, I started prepping the ribs.
The dry rub consisted of:
¼ Cup Paprika
4 ½ teaspoons freshly ground black pepper
4 ½ teaspoons dark brown sugar
1 tablespoon salt
1 ½ teaspoons celery salt
1 ½ teaspoons cayenne pepper
1 ½ teaspoons garlic powder
1 ½ teaspoons dry mustard
1 ½ teaspoons ground cumin
I mixed all of those together other than the cayenne pepper because the wife is very sensitive to heat. Once that was together, I took the ribs out of the package and began removing the membrane. On the back side of the ribs (where you can see the bones) I used a knife to get underneath the membrane and start to separate it from the meat. Once it was started, I was able to grab it with my fingers and peel it back fairly easily. The first rib this was pretty difficult but the last two got easier. With that done, I cut each rib in half so they would fit on the racks, the dry rub went on, and the ribs went in the fridge to sit overnight. 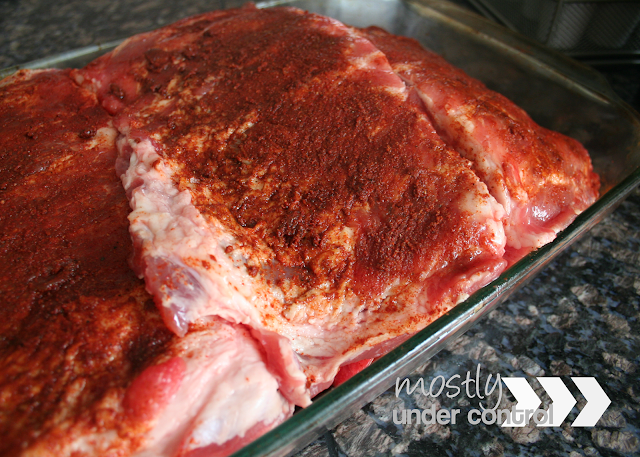 Sunday morning around 10 I pulled the ribs out of the fridge to let them sit, opened a beer and started the smoker. I used apple chips to cook this time. I had too much water in the water pan to start and was unable to get the temperature higher than 200. After ladling out about half of the water, I was able to get the temperature to 225 and keep it there consistently. Around 11, the ribs went in. I tried to not check on them too often other than making sure the temperature was where it needed to be. Around 3 I used a meat thermometer on the ribs and the ribs were already at 180. We had been planning to eat around 5 so we left the ribs in there for a couple more hours. 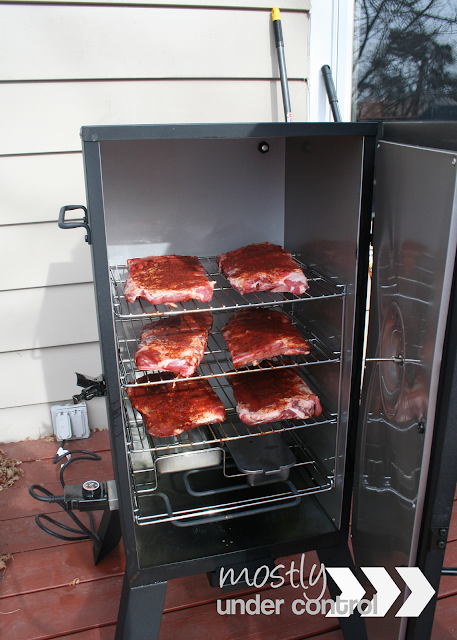 After putting together some mashed potatoes with bacon and white Vermont cheddar, we pulled the ribs out of the smoker. 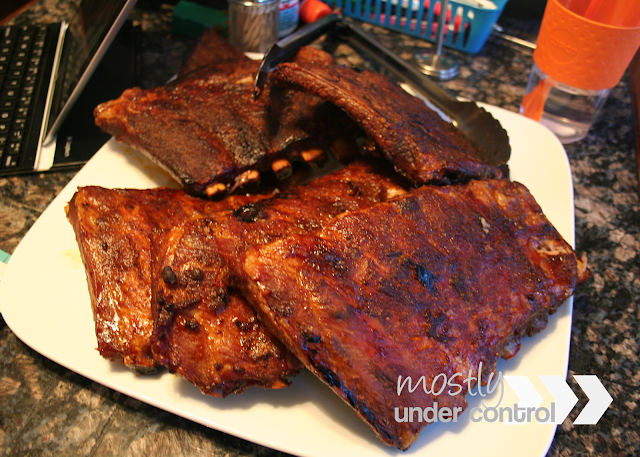 They tasted great, but I do not think they got a ton of smoke flavor. I probably should have swapped out the chips more often at the start of the cooking. Live and learn. There is already a growing list of meat I’m looking forward to smoke. I have about 7 months to keep working on it so I can beat my brother-in-law in a family smoke-off.