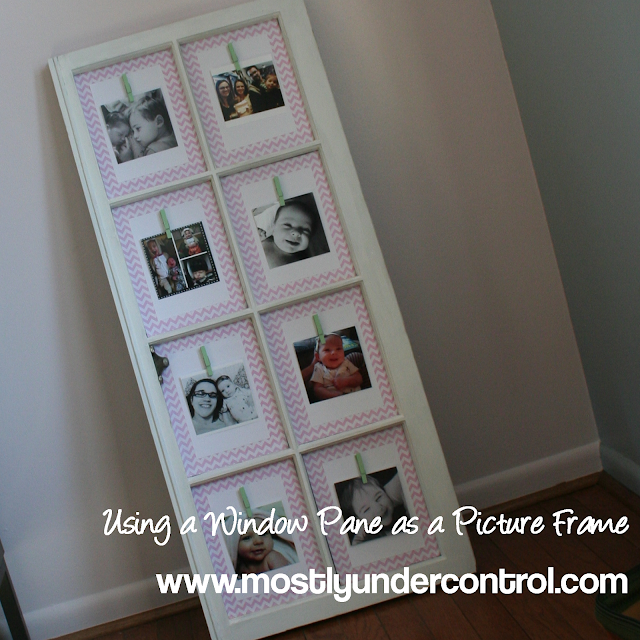 This is not so much a DIY as a “if you can ever get your hands on one of these windows, take it and do this” tutorial. 😉

I saw on a garage sale site someone was giving away these beautiful window panes. $5 a piece. They had all been spoken for, but I threw my name on the list in case someone passed. And they did! She actually offered me 2 but I knew Dan would probably kill me, so I only took one.

It sat in the trunk of my car for a few weeks while I thought and thought what to do with it. Coat hanger? Bow holder? Picture Frame?

I wanted to do a bow holder first. I was going to take each glass pane out cover it with fabric and pop it back in, but the window panes didn’t come out. So it sat even longer in the trunk of my car.

After lots of grocery and Target trips and tossing tons of purchases over it, I decided to turn it into a picture frame for Reagan’s room.

I decided to take some scrapbook paper and Mod Podge it onto the window. Lucky for me, each glass pane was about 6.5 inches x 8.5 inches so I was able to cut some paper down to that and mod podge it on.

Before putting on the paper, I had to paint over some of the dirt and blue paint on the wood part of the window.

Now, I an not good at large scale Mod Podge projects. Not at all. So when I got all the paper on, I noticed that it was very wrinkly. I needed to cover it up, but how?

I grabbed some white paper (5×7 already cut) and took some adhesive strips and taped it onto the scrapbook paper. I used the same adhesive strips to attach the clothespins that I found at the craft store that were already colored the correct green for R’s room.

I printed off some pictures from Instagram and there you have it! This sucker is heavy and I am terrified to hang it! We’ll need to find some good picture hangers for it. 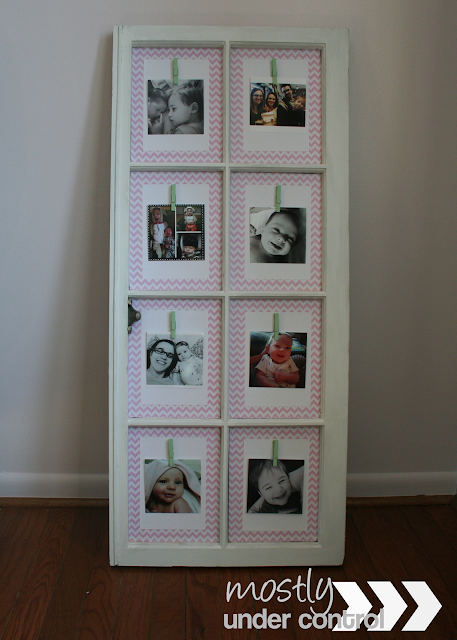 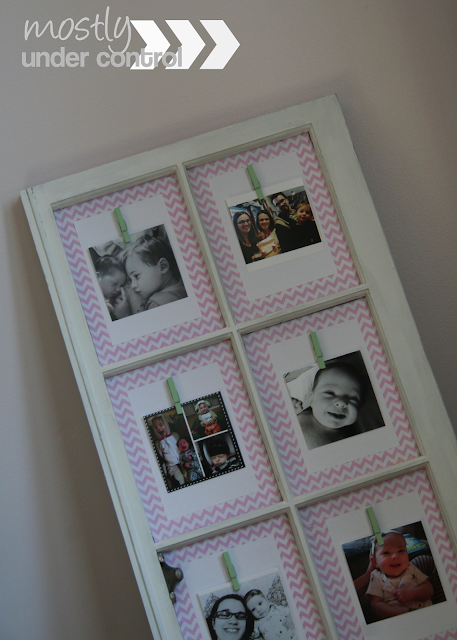 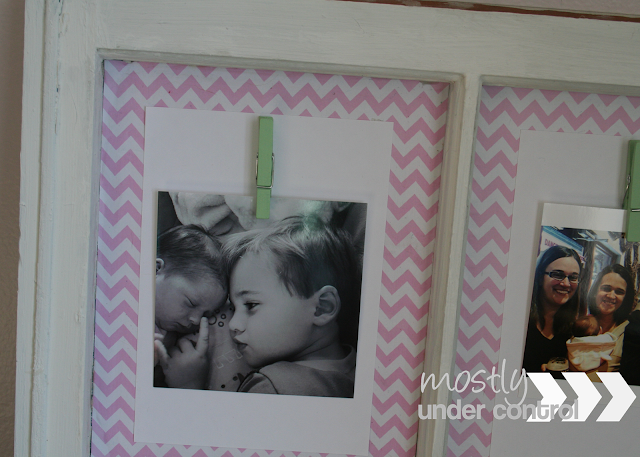 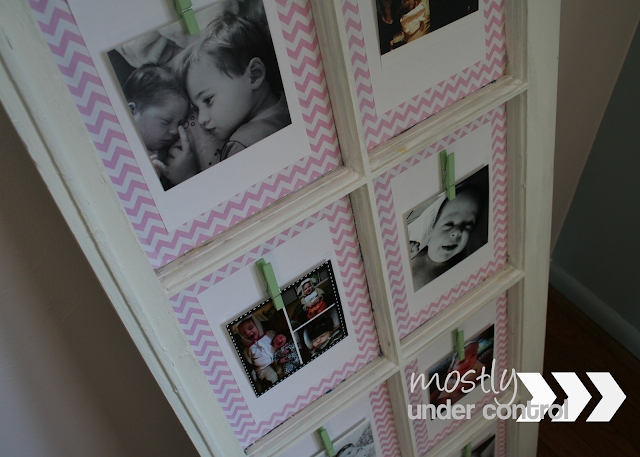 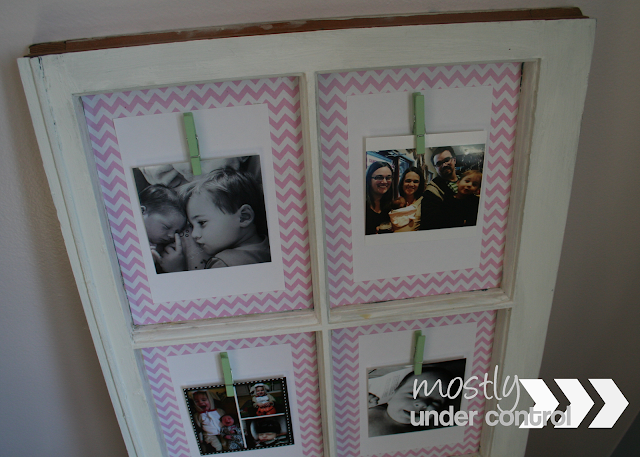 I am seriously OBSESSED with this! I can’t wait to get it hung in her room!