From day 1 I have said that this blog is for real life stories. Real life successes and real life failures.

Well my friends – here is a giant failure.

I had big plans for this one. Brownie bowls. A delicious vehicle for getting ice cream into your mouth. How can this be difficult? I even watched a video of a girl do it and it came out flawlessly.

The idea is that you basically bake your favorite batch of brownies from scratch like I did (PSYCH! I used a boxed mix) and put them in muffin tins. Plop a greased muffin tin on top of that and they bake around it, thus making a bowl of chocolatey deliciousness.

For my first attempt, I baked the brownies and then put the muffin tin on top as soon as they came out, like one recipe said. I did use throw away muffin tins, but I filled the top one with rice to weigh it down. 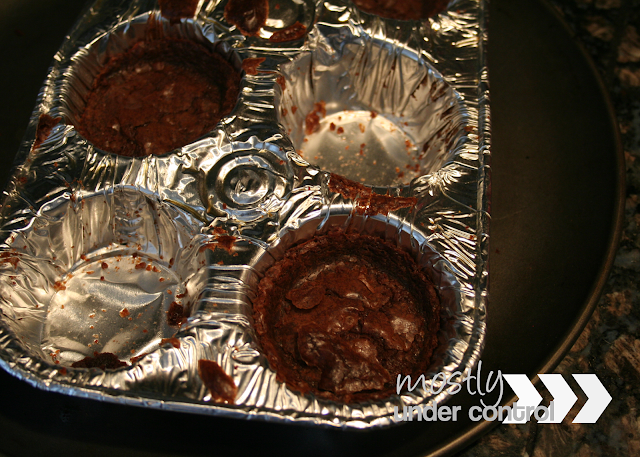 I filled them up 2/3 of the way, just like she said. But they were impossible to get out of the pan and didn’t “climb up” the side like they should.

Back to the drawing board (aka, google).

My next attempt, I used my regular muffin tins and I put the second one on top before baking. I filled them up 2/3 of the way like they said and pressed it down. Then I smelled burning. Fantastic. They were over flowing. So I put them on a baking sheet to finish the baking. 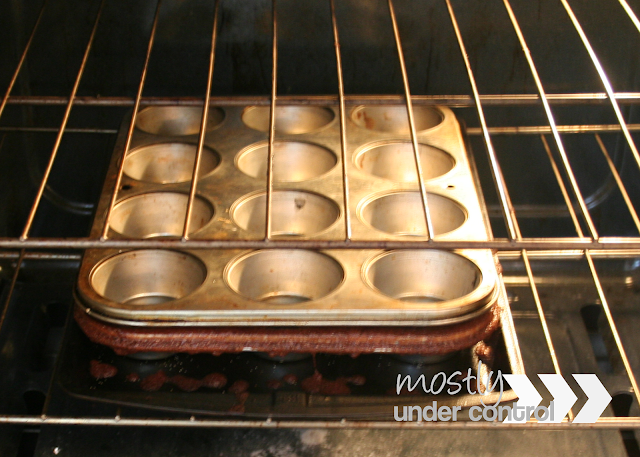 So I sat back and waited and thought to myself, “self – this can’t go wrong! They are obviously tall enough!”

Well, they were tall enough alright. 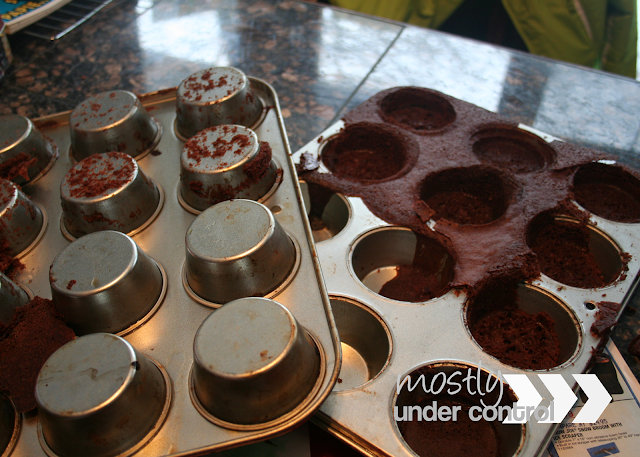 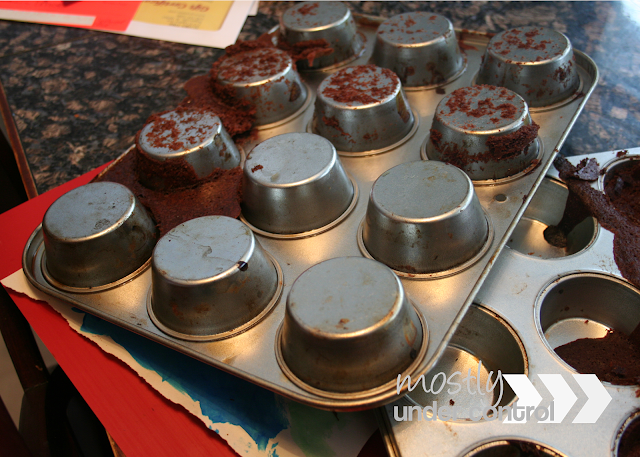 And this was after I had to pry the top tin out of the bottom one. And yes, I sprayed the bottom of the top one. I just don’t get it! 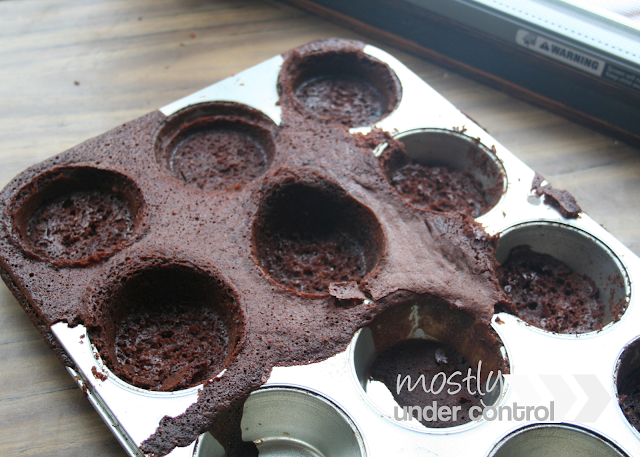 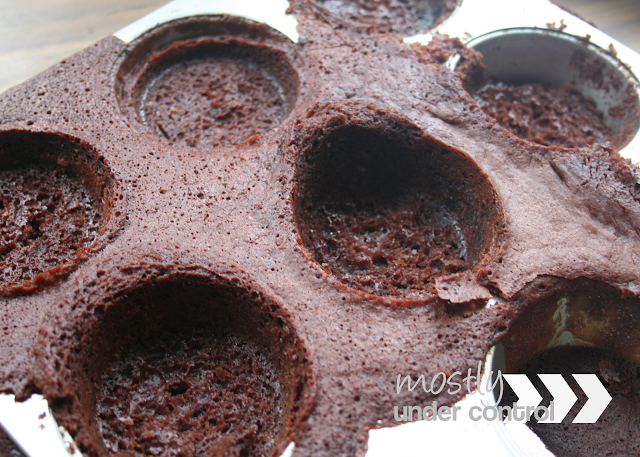 So, there you have it. We all have Pinterest fails. I have no idea what I did wrong, but I am not giving up.

Anyone have any tips? What Pinterest fails have you come across?

And in case you were wondering, this was still a delicious disaster 😉