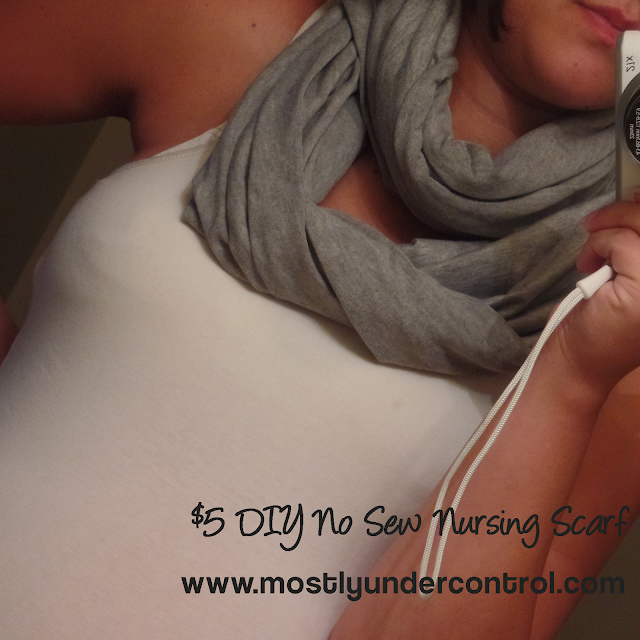 Could this idea GET any better? It’s cheap, you don’t have to sew, and it’s a scarf. Let’s get started 🙂

I searched and searched for a reasonable priced nursing scarf. I love scarves and wear them pretty much every day in the fall and winter. Since I’m due in the fall, I will be nursing as well. I searched Pinterest for a scarf I could make myself. I actually was going to sew it (EEEEEEK) but I came across a few tutorials of a no sew version which is 100 times better for me. I cannot sew. It is one thing my mom did not pass on to me. Thanks, mom. I would’ve much rather taken your sewing skills than your legs 😉

First, I had to find the cheapest place for jersey knit fabric. I wanted this fabric for a few reasons. It’s stretchy and it doesn’t fray so I don’t have to worry about preventing fray. Which is awesome, because I’m lazy. Duh. I found some online but I didn’t want to pay shipping. I couldn’t find any in stores because I also wanted the bolt to be 60 inches wide. I finally found some at Wal-Mart! They had a few colors for $5 a yard. I chose gray to start because it pretty much goes with everything. I will most likely be making even more. 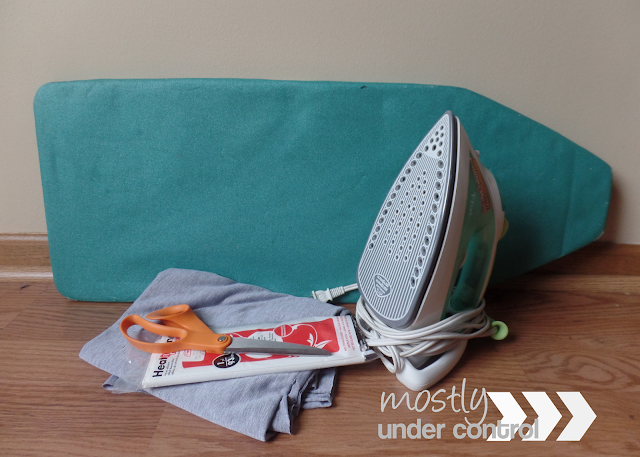 Lay out your fabric on the floor to make sure that it is somewhat even. (My house is a mess – we are moving! And of course, I can’t do anything on my own. Have to have my little helper.) 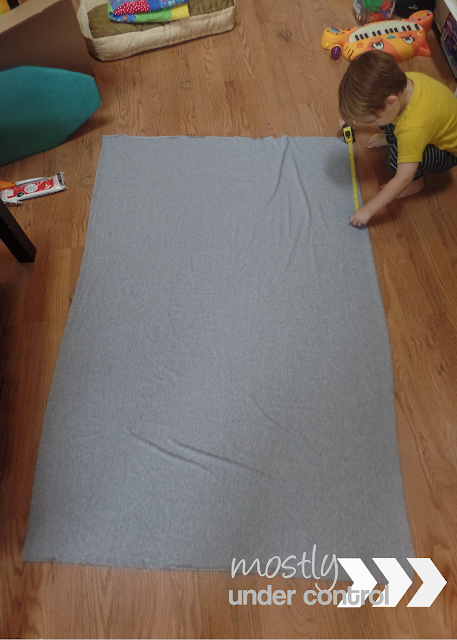 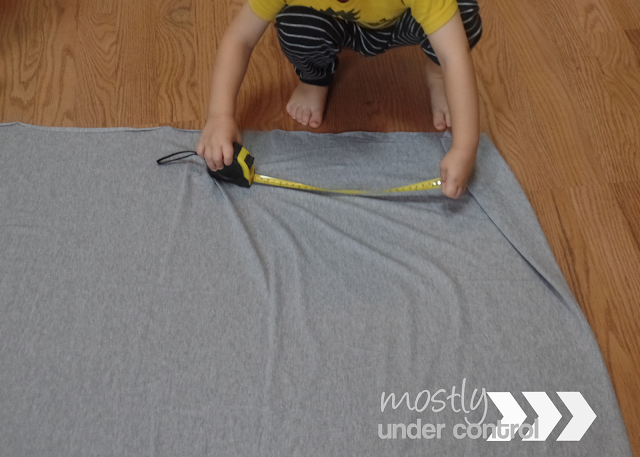 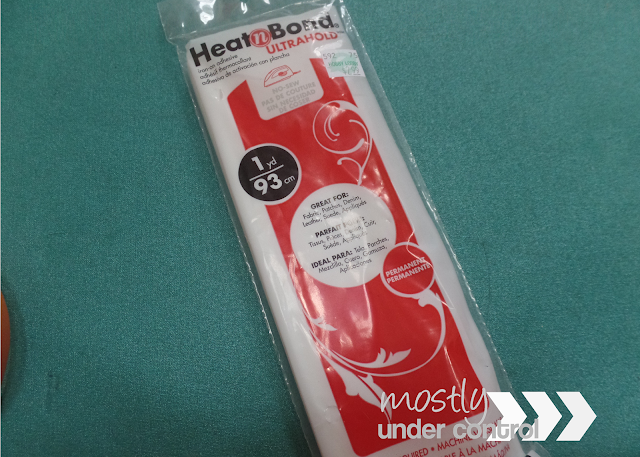 For the Heat and Bond, I used the sheets because I had them laying around from a previous project that I ended up not needing. I opened it up and folded it out and since it is 1 yard, I cut a strip as long as the shortest side of my gray fabric. You can buy it in a roll or strips. Just make sure you have enough to cover the SHORT side of your fabric.

My fabric cutter lady cut it a little more than a yard so I just used the strip in the middle of the fabric so it left a little room on each side. No big deal. This part you can put behind your neck so no one will see it anyway. 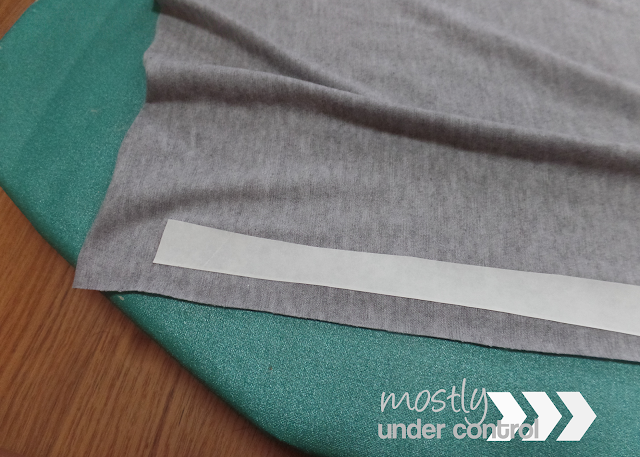 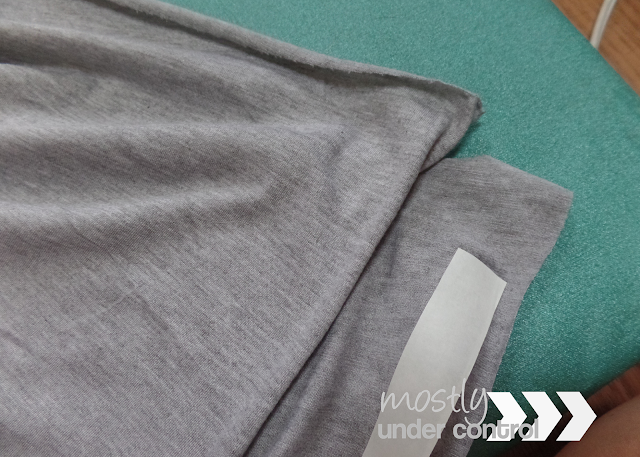 Once it’s on there (adhesive side down, paper side up) you want to iron it on medium heat, no steam. 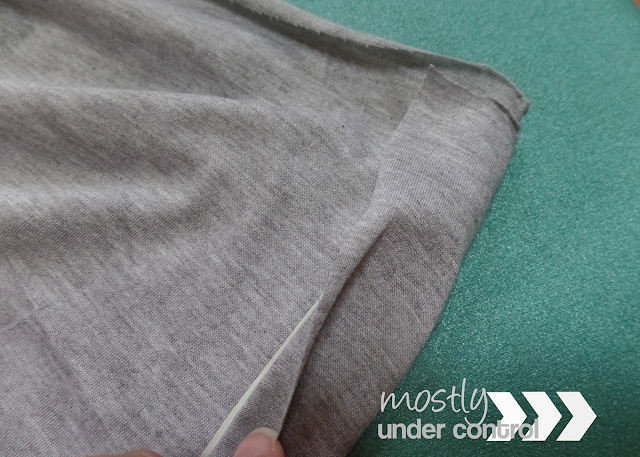 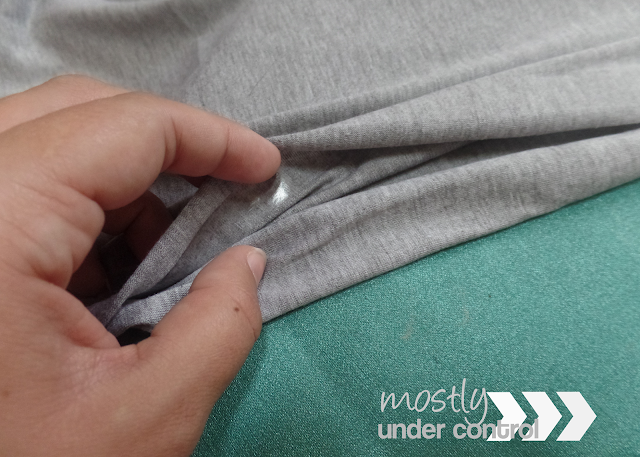 Before ironing it, I pinned them together to make it staying together easier as I ironed. I removed the pins and ironed. I tried to iron on medium heat but it wasn’t sticking so I used a high heat, no steam. And then you’re done! If you want to wrap it around more or want it to be longer, go for more yards. 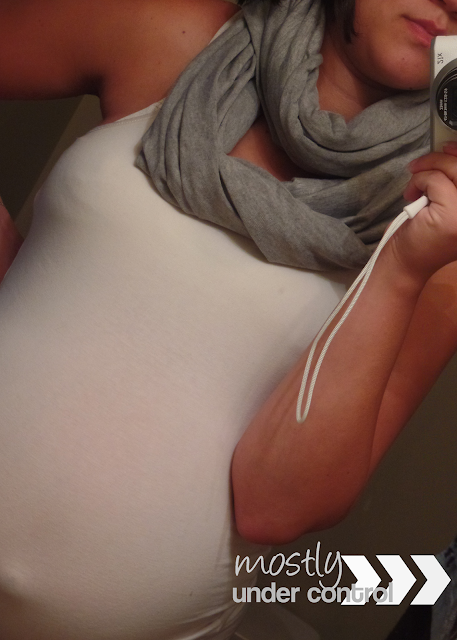 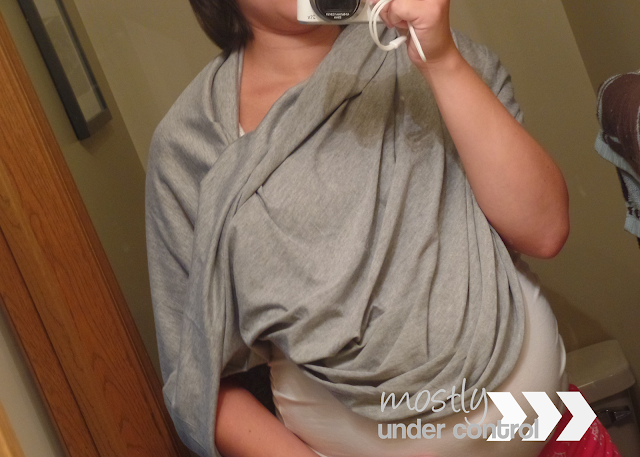 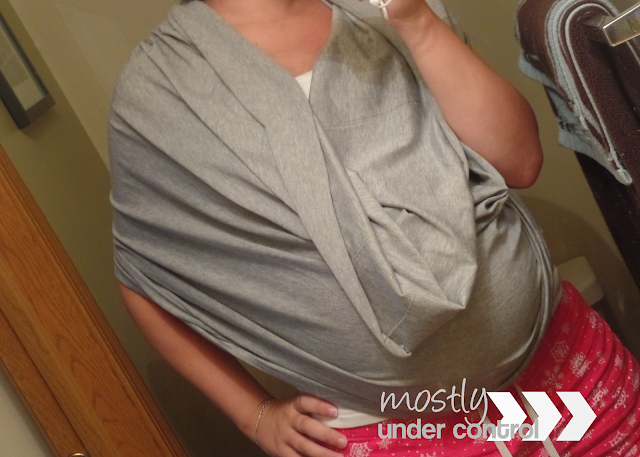 What? you don’t wear winter PJ shorts in September? I had no one else to take my picture so you’ll have to deal with my bathroom selfies :oP