I am part of a Mommies group on Facebook. It is a fantastic place to go to find advice and share funny stories about being a mom. Because there are plenty. There are also plenty horror stories and plenty of opportunities to just cry. This is the place to do it.

Anyway, I digress. Someone asked a while back about a great baby shower gift and one of the moms said that someone gave them a box of stuff to keep in the car. A survival kit, if you will. I am not sure if it was intended for things that you forget or in case you get stranded. I was more leaning toward forgetting things because I am constantly forgetting things. Plus, I can’t tell you how many times I’ve had to run a quick errand after work and didn’t go because I didn’t have a diaper or wipes or whatever. So a while back, I had a baby shower for a co-worker and I threw one together. I have another baby shower coming up for a close friend from college so I decided to do another one and pretty it up.

In the process, I used vinyl on my Cricut (which I am about to sell and get a newer one – SO. FREAKING. EXCITED) and the whole vinyl thing was WAY harder than I had anticipated and all the videos I watched and tutorials I read were so perfect. “You just cut it out, place it on and voila! It’s perfect vinyl – no stress!” They didn’t mention the beads of sweat that will drip down your face (well, maybe just me because I am 7 months pregnant), the toys that will go flying, the swear words that will go flying…I was so frustrated. So since I want this blog to be real life, I decided to do a tutorial with literally everything that can go wrong. Because that is the story of my life – what can go wrong, will go wrong. ALWAYS.

Anyway (again), here is what I put into the box: 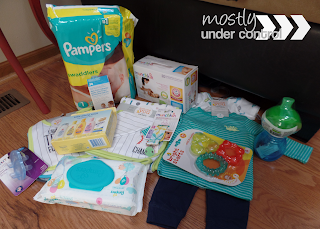 *2 pacifiers
*Pacifier clip
*Pack of wipes
*Receiving blanket
*A few bibs
*A pack of diapers (I opened them up and put them in various places in the box)
*An outfit
*A sippy cup
*A small bottle of baby wash, baby shampoo, lotion, baby powder, Desitin
*A box of liners for changing tables
*A pack of teethers
*A box of infant Ibuprofen
*A washcloth (not pictured…I forgot)

Now, if you don’t want to pretty up the box, stop reading here. Just toss it in a box. I took the hangers out of the outfit and the blanket because it was easier to pack. I also separated the diapers and put them throughout the box. I ended up using an 18 qt box (it was about $5 at Target). I printed out her registry (including things she had already received) to see what type of stuff she wanted – brand of diapers, teethers, pacifiers, etc – because if she already received it, she’s not going to keep it in her car – she’s going to use it. This way, I knew what brands she wanted. 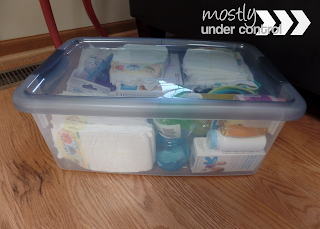 Onward and upward – here goes the vinyl incident. Just so you know, I was successful, so stay with me here. 🙂

I used black and gray because that’s what I had at home and I’ve been told my DIYing is out of control, so I was trying to avoid spending more money. I also had transfer tape which is supposed to be helpful. Unless of course, you’re me.

So when I plugged the design into Craft Room on the Cricut, I was ready to cut. Well, it cut right through the vinyl and the backing. It’s not supposed to do this. This is not how the happy, fun YouTube videos went! I asked for advice from a crating expert friend (thanks, Kelly) and she confirmed what I thought – no, it’s not supposed to cut through. Even though I used the settings that the nice YouTube lady told me to use. So I pulled back on the blade pressure and depth. They told me to use the 3 setting on all. I ended up doing 1 on depth, 1 on pressure and 3 on speed. I had a cheaper brand vinyl and a more expensive brand vinyl. I gave up on the expensive brand because it wasn’t working with the transfer tape either. UGH!

I ended up using the cheaper vinyl and it worked better – go figure. So after I figured out the settings, I cut it. This is what it looked like:

The next step is weeding – this means you get rid of all the unwanted vinyl. You go from the above picture to this: 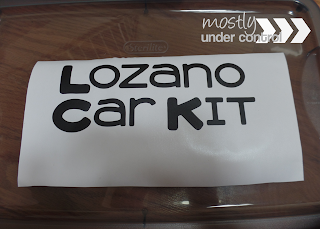 Now, you want to add your transfer tape. I cut a piece bigger than my words – it makes it much easier. I took off the backing and put the sticky side down onto the words above. Then I took the “scraper” that came with the transfer tape and rubbed the crap out of it on the flat floor. Just keep rubbing. Since I am a counter, I did about 50 rubs each direction: 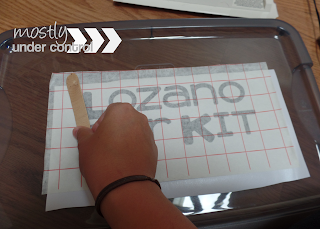 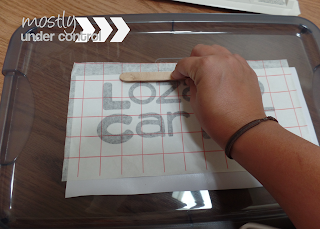 Oh, then D popped in and helped…. 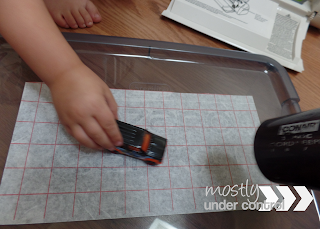 He should’ve used a steam roller…. 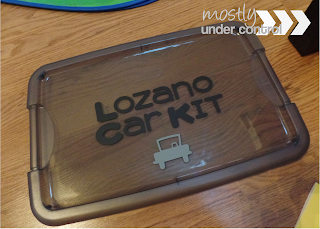 At the last minute, I decided to add a little car. Done! I slapped on some ribbon and a bow. I am so excited to give this to her! 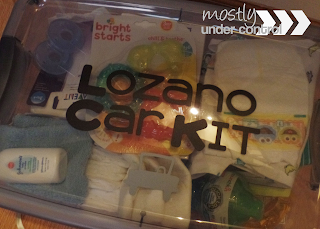 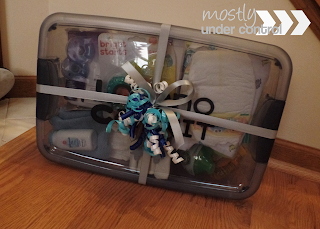 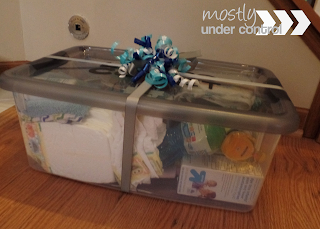 This project was brought to you by the distraction of a pop up tent and tunnel and The Hulk and Ironman Show on Netflix. Seriously. I couldn’t have done it without you guys.

You can really make this project your own. Have fun with it! 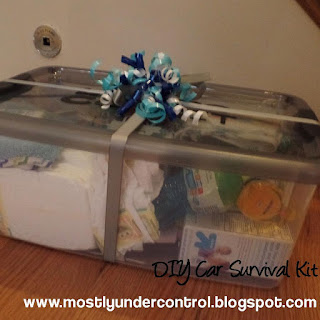